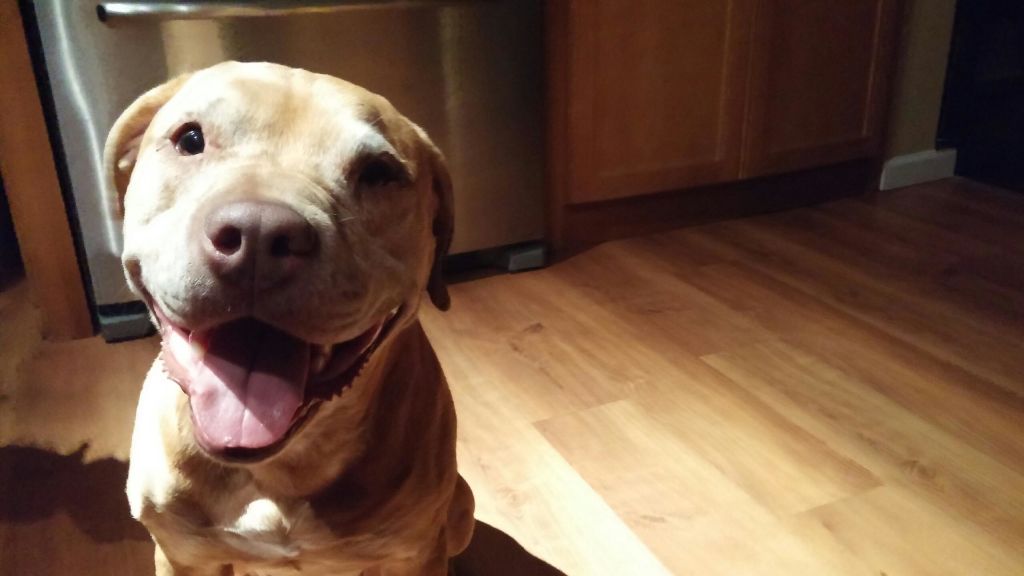 I adopted my pit bull, G, from a rescue. She was in an overwhelmed shelter in a remote area of Illinois, where there were/are a plethora of pit bulls being bred, and not enough homes for them to occupy. The euthanasia rate is unbearable, and yet the dogs just keep on coming. Unfortunately this story isn’t one of a kind, it happens around the country. To make matters more challenging, there are areas where BSL (breed specific legislation) exist, which only makes finding a home for these dogs even harder.

If you have heard of a pit bull or even looked up the definition of a pit bull, they don’t typically get favorable reviews. It’s not because they are terrible dogs, in fact at one point they were honored and revered. It’s because the extreme stories that the media portrays of them fighting and killing that over sensationalize and sway our opinions with more emphasis on the shock factor and entertainment value, rather than the facts.

So, why do we work so hard to create a BAN on these kinds of breeds when every dog is different? We work so hard on diminishing stereotypes and typecasting in all other aspects of our culture, why outcast an animal that has no control of who he is?

It would be so much more productive to spend time, and money, on educating people about prejudice and culture, training and care than isolating the dogs and people who care for them.

I live several blocks outside of Denver because of my dog in a city where there is no BSL. It doesn’t seem right, but I do it because my dog is part of my family. Fortunately, my pit bull was one of the lucky ones. I feel lucky too knowing she opened my eyes to a breed and world I never wouldn’t have know, and for that I am thankful.